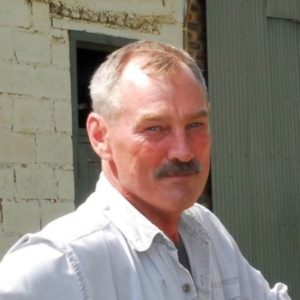 At his Memorial Service helt at Pheasant Hill in Pretoria on 2 May, it was as if Phil was smiling down from the surrounding trees where a number of birds gathered. There was a light breeze and the sun made its appearance after an unexpected shower on the way over. Very apt. Phil was a man of nature. He had a deep connection with the earth and as a born scientist, he understood and appreciated the complexity and perfection to be found in his natural surroundings, in rocks, in groundwater systems.

Phil’s career at the Council for Scientific and Industrial Research (CSIR), Natural Resources and the Environment Research Area has many highlights. Dr Harrison Pienaar, his Group manager, offered deep insights into this exceptional man that researched and became a published expert, keeping his finger on the pulse of topical groundwater issues such as Acid Mine Drainage (AMD), Shale Gas development, Surface –and-groundwater interaction, mining impacts on the environment, transboundary aquifers, to name but a few of the 19 research items posted on his profile together with 176 citations by his professional peer group. And that is only recorded statistics!  His family shared his enjoyment of new environments to explore, his free spirit and the special twinkle in his eye for the past year or two, his granddaughter.

Phil left such deep impressions in the sector that cannot possibly be given its due in a short paragraph.

Ernst had many interests, but the love for his Creator, his family, and everything groundwater took precedence in his life.
He shared his love and compassion for people (an avid Gidion) as eagerly, continuously and selflessly as he did his geohydrological knowledge.

His passion for groundwater was unwavering and he had been promoting the importance of groundwater and the development of groundwater and its wise use as a science within the Department Water Affairs (now Department Water and Sanitation) and also within the broader groundwater community, since 1973. He had been key in ensuring that groundwater is considered a reliable resource through his involvement in not only developing the National Groundwater Information System (NGIS) (a portfolio of projects designed to meet increasing demands for groundwater information in a rapidly changing water business environment) but also developing the concept of groundwater master plans that was embraced and rolled-out nationally. Always willing to share his knowledge, Ernst was well known and highly respected as mentor to young geohydrologists. He conceptualized many training initiatives through the DWS Training Academy and was always prepared to facilitate and assist in sector courses at the GWD or IGS. Condolences to his family (Mariane, children and grandchildren) was overwhelming and it was clear that Ernst touched so many people’s lives, even on his last day in hospital. 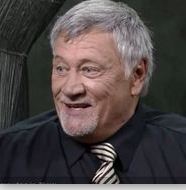 In 1993, Dr Kok was the GWD recipient of the 4th Ground Water Medal for outstanding and significant contribution to the scientific understanding of groundwater in South Africa.

The Geological Survey of Namibia (GSN) recently decided to publish Dr. Kok’s thesis as a Memoir, given that the work on all the different formations in Namibia - their water-bearing properties; the respective targets for borehole siting; the yields and qualities that can be expected; and the success rates - is still regarded as fundamental information.