The Short Learning Programme, designed for all professionals within the groundwater industry, aims to provide hands-on experience and theoretical background for site selection, drilling, drilling supervision and borehole construction and development.
University of the Free State Campus
Training course
Register for Training Course

The Short Learning Programme, designed for all professionals within the groundwater industry, aims to provide hands-on experience and theoretical background for site selection, drilling, drilling supervision and borehole construction and development. The course (Demo) aims to provide hands-on experience and theoretical background for site selection, drilling, drilling supervision and borehole construction and development.
All professionals working within the groundwater industry would find this a great refresher and also opportunity to reflect on practices.

Young Professionals, Graduates and students would gain immensely from attending this course instructed by the IGS Lecturers/ Professionals and joining in this session with all the current IGS honors' students would ensure you get exposed to the latest learning put into practice.

Come and be part of Day 1&2 of this organised Study Session. IGS, together with the GWD partnered with this DRILLING session - now opened to interested parties. Dr Fanie de Lange is a hydrogeologist with twenty-five years’ experience in consulting and project management and nine years’ experience as lecturer/researcher at the Institute for Groundwater Studies at University of the Free State. Extensive and wide-ranging experience in hydrogeological project management on water supply projects, mining related projects, industrial and land developments, with a strong background in aquifer mechanics/hydraulics, geophysics, geochemistry and numerical modelling. 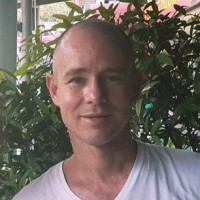 Francois Fourie holds a PhD in geohydrology from the University of the Free State and an MSc in geophysics from the University of Pretoria. He is currently employed at the Institute for Groundwater Studies as an associate professor in geohydrology where his research focusses on
hydrogeophysics. He has extensive experience with various geophysical techniques with 25 years’ experience. Eelco Lukas was born in the Netherlands, where he obtained a diploma in Civil Engineering. His final project was a computer program to control the groundwater levels in a polder. In 1985, he immigrated to South Africa and started working as a field technician for the Institute for Groundwater Studies (IGS) in Bloemfontein. After three years of working as a field technician, his computer skills were recognised by the at that time director of the IGS, Professor Frank Hodgson, and he started to work on HydroCom, the PC version of the NGDB (National Groundwater Data Base). In the late 1990s, the HydroCom graphics part was re-developed into the Windows
Interpretations System for the Hydrogeologist (WISH), a program used by numerous consultants and mining houses in South Africa and abroad. Only late in his life, he decided it was time to enrol at the IGS for a master’s and PhD degree, which he obtained in 2012 and 2020, respectively. Eelco was appointed as the director of the IGS in 2018. 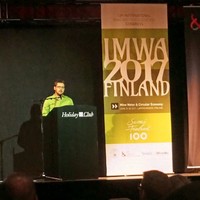 Born and raised in Bloemfontein, Anton joined IGS as a Masters student after completing his BSc Hons in Structural Geology. Ever since he has been researching how geology controls and alters the flow of groundwater by using geological and hydrogeological modelling. Anton is completing his PhD at the moment, with his current research focused on the application of machine learning classification algorithms in the context of hydrogeological problems.

Can't find what you're looking for?